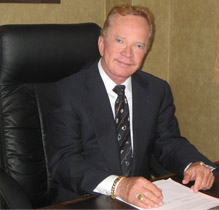 Of Russian descent, Dr. Chugay was born in China, grew up in Brazil, and was formally educated in the United States. He spent his early years in San Francisco, California. After completing his training, he moved to Southern California to open his practice and currently resides in Newport Beach, California.

Dr. Chugay has over 40 years of experience in Facial Plastic, Aesthetic, and Cosmetic Plastic Surgery. He has performed over 30,000 surgical procedures, published numerous articles in the medical press, designed many new procedures, and invented several new implants used for muscular augmentation.

Sharing his technique and teaching

Up to date, Dr. Chugay has personally trained over 30 post-graduate physicians for a future in cosmetic plastic surgery.

Dr. Chugay has presented his innovative procedures at various medical congresses throughout the world. His most recent presentations: