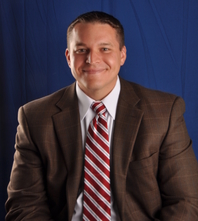 Born in Santa Ana California and raised in Newport Beach, Paul loves helping people and making them feel beautiful. With an artistic plastic surgeon as his father and an aspiring model as his mother; Paul’s entry into the field of cosmetic surgery seemed the natural choice.

Working tirelessly to learn everything he could, Paul completed his undergraduate career at the University of California San Diego. After graduating with a bachelor of science in Animal Physiology and Neuroscience, Dr. Chugay began his medical career in Guadalajara, Mexico then completed his medical education in New York City, while attending Ross University.

Following an internship in general surgery in Virginia, Paul traveled to Stamford, Connecticut to complete his general surgical training. He then traveled to Tulsa, Oklahoma to complete his training in full body cosmetic surgery, performing over 1200 cases while in his fellowship program.  Paul is married to his lovely wife, Tonya, and has two sons, Thomas and Nikolas.