For those with stubborn, persistently flat buttocks there is finally a way to achieve a perfect butt. Dr. Chugay has developed a plastic surgery procedure, which will do for butt what breast augmentation did for breasts (and without the dire consequences some have found with certain breast implants).

Safe, practical and effective, Dr. Chugay has perfected a procedure to give you the perfectly round bottom you’ve always wanted. 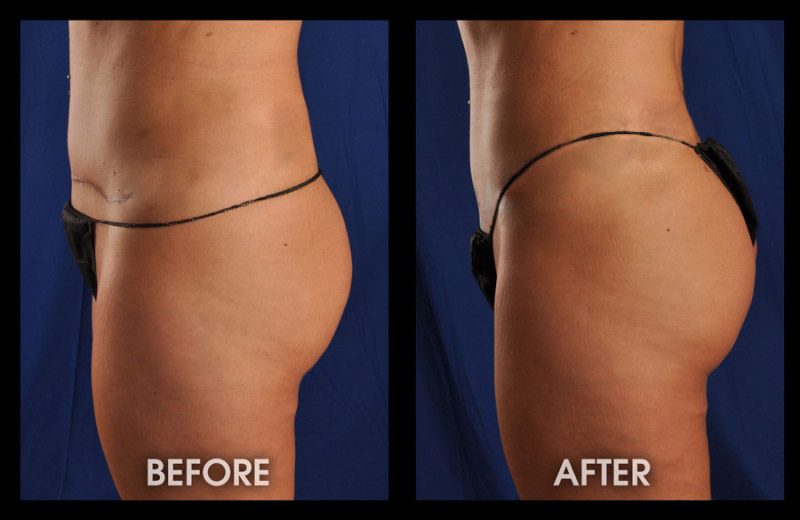 *Individual results will vary. Images do not constitute a promise or representation of any particular outcome or experience.
VIEW GALLERY

The History of Buttock Augmentation

Yes! Medical Financing is available on approved credit. We accept financing from CareCredit.com and LendingUSA.com. For more information about our Financing options

In the past, buttock implants were made of gel silicone, akin to those breast implants which have generated so much controversy. The ever present risk of rupture left many surgeons with a distaste for placing gel implants. If an implant is ruptured, silicone gel can migrate anywhere in the body creating unpleasant lumps (granuloma) in some quite unexpected areas: under the skin on legs, arms, chest, belly; perhaps, even life-threatening lumps in internal organs. A ruptured implant can create potential secondary infections resulting in serious debilitation or death.

Such implants are safer than their gel silicone counterparts in that they will not cause lumps and are not likely to cause secondary infection (after all, water is absorbed by the body.)
However, water-based implants can still rupture when thrust with a needle or squished with pressure resulting from a fall or sudden strain on the buttocks.

Unfortunately, unlike the stubborn naturally-occurring butt fat, the grafted fat did not stay in the buttocks. With time, over 60% of the injected fat would get absorbed by the body, requiring new and costly injections. Furthermore, this procedure did not produce firm buttocks; after all, fat is soft. Rather, it would produce a lumpy, cottage-cheese appearance to the butt.

Dr. Chugay, however, has recently begun using stem cells to augment the overall take of fat in the injected site. Using revolutionary stem cell technology, Dr. Chugay has increased the overall retention of fat injection from 40% to 80%. In a procedure that is performed in the operating room during your surgery, a biochemist will extract stem cells from your fat cells. These will then be combined with your fat cells and injected into the buttock region to give more fullness to the area.

3D VIDEO OF THE

Dr. Chugay carefully designed solid silicone implants and designated ABT Corporation to be their manufacturer. Each implant is custom-made; its appearance dependent on the patient’s anatomy and wishes.

Ready to improve the appearance of your body?

Call us now for a complimentary consultation and evaluation.