You are here: Home1 / BBC News

Lookalikes under the knife

By the BBC News – Peter Bowes in Los Angeles

Beverly Hills has long had the reputation of being the plastic surgery capital of the world. Tummy tucks and nose jobs are a way of life for the well-heeled showbiz community. But now, even the wannabe stars are turning to cosmetic contouring to further their careers.

A growing number of people are going under the scalpel – not to improve their own looks – but to take on the appearance of an established celebrity. At his Beverly Hills clinic, Dr Nicholas Chugay specialises in transforming ordinary people into celebrity body doubles.

He says most clients start off with some physical similarities to a well-known personality, but with a chin cleft here or some liposculpture there,he can transform them into head-turning, spitting images of the real thing.

“Some people would really like to earn some extra money and so by being a celebrity lookalike they’re able to go to parties, to conventions and pose as that celebrity,” he explains, adding: “They earn a pretty good chunk of money doing that.”

Steve Erhard has had a string procedures. His goal, now achieved, was to become Michael Jackson. “It’s a very powerful feeling,” he boasts. “I’ve had the nose rhinoplasty, I’ve had a nostril narrowing, chin implant, cleft and little bit of fat sucked out of the chin and then recently, last December, a face-lift – just for maintenance,” he adds.

Erhard, who shares the same reclusive personality as his idol, is reluctant to parade his new look on the high street – or Rodeo Drive in Beverly Hills, for that matter. Privately, he’ll put on a show – complete with tight black trousers and face mask, but he prefers to stay away from the prying eyes of the public.”I understand why he has such a large security force – he can’t go any place by himself he just attracts far too much attention. People love Michael. You’re mobbed,” he explains. 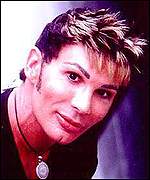 < Erhard before the surgery that made him as reclusive as Jackson 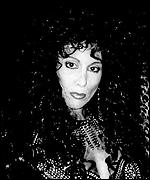 Laura Steele, who lives in San Diego, decided to subject herself to some body sculpting. She was encouraged by friends and sometimes complete strangers, who insisted she had an an uncanny resemblance to singer and actress Cher. Steele, who says she gave up a good job in corporate America to enter showbusiness, insists she approached the make-over with the prime objective of earning a healthy living as a lookalike. She has had her lips enhanced, her nose shortened and eye brows raised.

“That gives me that open eye, heavy lidded Cher look,” she gushes. “Cher’s eyes are one of her most distinctive features.”

Laura Steele is now recognised as one of the closest body and voice doubles for Cher in the lookalike industry. “If it can’t be Cher, I can be there. I give people a lot of vicarious pleasure.” However, she admits: “It is an ego trip. You really are basking in the limelight of the person who you’re doing.” Steele is keen to point out that her decision to go under the knife was not taken lightly. “I did think about it a lot. I didn’t do it casually,” she explains, adding: “I did it slowly and I went to a plastic surgeon that I felt was not an extremist.” 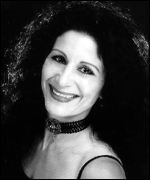 Laura Steele before surgery
was told she looked like Cher 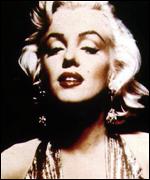 Old-time celebrities are favourites of Dr Chugay’s clients. “Marilyn Monroe, for example, was a real idol to a lot of people,” he says. Others want to be Elvis – who remains a box office favourite on the lookalike

circuit. Some people have no aspirations to make money out of their celebrity resemblance. Dr Chugay says they are simply fans who want to take the ultimate step in hero worship.

“They want to emulate that person, to look like that person. Other people just want one of their features to look like the star. For example they will say: ‘Well, I want to have a DiCaprio chin or a Brad Pitt lip or Sophia Loren eyes’.”

Thanks to neighbouring Hollywood, there’s an endless supply of famous faces for Dr Chugay and others to tap. Ricky Martin and Leonardo DiCaprio are current favourites. Dr Chugay acknowledges that some people would view his clients as going to extreme measures to “worship” their favourite celebrity.

“A lot of things are drastic here in Beverly Hills,” he jokes, adding: “It’s just their choice and I try to help them to achieve what they set out to do.”